2xCUBED is a team like Voltron, combining the writer of 7th Guest, 11th Hour and Doom 3 with an acclaimed comedian, an award winning animation studio and a team of programmers who have worked on the likes of BioShock, World of Tanks and Final Fantasy X.

Monkeystack are the multi-award winning animation, illustration and visual effects studio behind Double Happy Vs. The Infinite Sadness. Established in 2004, the team continue to provide high quality entertainment across multiple platforms.

Overbyte are the programming masterminds behind Double Happy Vs. The Infinite Sadness. Since 2010, they have been providing high performance programming solutions for some of the biggest game studios in the world, on platforms of all shapes and sizes.

Bringing you the universe of Double Happy Vs. The Infinite Sadness is a team from many disciplines. But who's in charge? THESE PEOPLE! 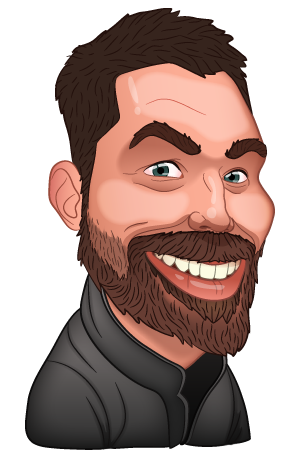 Was it a smart idea to start my own business straight out of study? Probably not, but after five years of surviving on 2 minute noodles, I somehow started to make enough to get by… “What the?!” - I know, it surprised me too. So, I started as an animator in 1999 and over the years I’ve evolved into a business manager, producer and director working on games, films and TV series for a bunch of different investors. Some my work has even attracted awards like the Peter Rasmussen Award For Innovation, W3, AADC, Davies and AIMIA.

Double Happy is a spark in the darkness. That one little light that exists in a place that really just shouldn’t. Consider it chance, luck, fate or just plain chaos. We all know it, we often just don’t see it or realise it has affected us. A non-rabbit wiggles it’s ears in the space, time continuum and a butterfly flaps its wings half a world away…

I was born in Booleroo in SA and shortly after moved to Shea Oak Log. During my teaching and lecturing years I had a few businesses with pretty silly names such as Iludium Fozdex, Mutha Devlin's racer brand and Void selective viewing before becoming a founder and lead creative of the slightly silly named Monkeystack. A series of silly named projects has followed such as Dots and Diamond, Bridget Goddess, Dropsy, Johnny Maggot, Space Bovine and Fresh Dedz which has led us now to the very sensibly named project Double Happy Vs The Infinite Sadness.

Double Happy is the sort of game that I want to play, it is also the sort of game I want to help create. Handy really, as both of these outcomes are in my future and present. I am extremely proud of what the team has done so far and I'm champing at the bit to do more. (A metaphoric bit as opposed to some macabre style thing obviously) 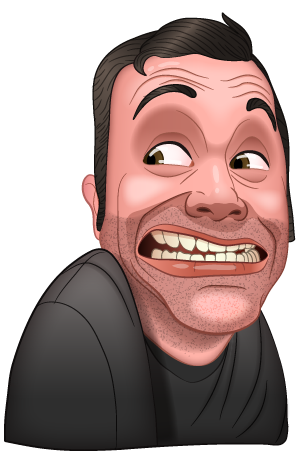 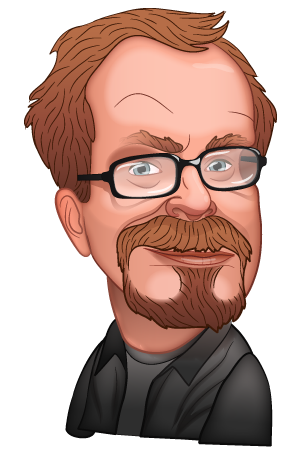 Matt Costello’s award-winning work, across all media, has meshed story, gameplay and technology. He has written and designed dozens of award-winning and best-selling games including The 7th Guest, Doom 3, G-Force and Pirates of the Caribbean. His horror novel Beneath Still Waters was filmed by Lionsgate. His recent novel, Vacation, was a major release from St. Martin’s Press. In 2014, St. Martin’s/Macmillan released his SF epic novel, Star Road. Recently, Matt and Neil Richards created the 12-epsiode cozy mystery series, Cherringham, for Bastei Entertainment. Matt has also written episodes and created TV formats for PBS, Disney, SyFy, and the BBC. He consults on story, games and multiplatform projects around the world, and has also created interactive installations for The British Museum, Disney and Buckingham Palace.

Well, first -- and this should be obvious -- you have two non-rabbits! Not one wise-cracking, under the gun, Bugs facing Elmer. (Though BB would approve of how Pink and Blue face their strange and wonderful universe with a sense of experimentation, fun and yes – happiness.) But this project is, for me, so powerful since it melds animated narrative, video game and an expanded idea of what it means to build a world and let users add to it. The chance to work closely with the DH creators, to help build that world, is that rare opportunity to face a great creative challenge, knowing something very cool awaits…

1988: I first lay eyes on “Pool of Radiance” on the 286 PC and I realise I am truly doomed. Fast forward through a whole lot of D&D and weird decisions at artschool and I find I somehow ended up a funny songsmith who moonlights as a writer and occasional illustrator with a CV that quote “looks like the resume of a mad person” unquote. That was my wife that said that by the way. In addition to my many years of adventures with musical comedy group Tripod, I’m currently working as a writer and composer for the Cartoon Network and am also exceedingly happy to find myself on the bridge of the starship Double Happy.

Steven Bradbury, Salt Lake City, 2002. You would have seen the footage: it’s the Winter Olympics, Short Tack Skating event - basically an insanely fast six or seven lap sprint, and Australia’s Steven Bradbury is way off the pace. Coming last of five, actually. Well last. And then due to a strange and perfect cascade of circumstances, every single skater in front of him comes unstuck moments before the finish line. Steven cruises through, gobsmacked. GOLD FOR AUSTRALIA. It’s the eternal possibility that chaos could strike at any time, and, being chaos, could just as well send things spinning your way. 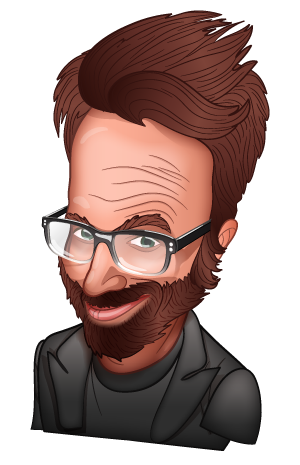 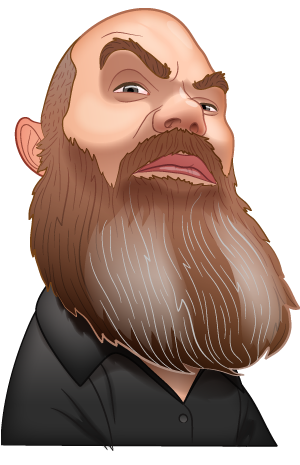 The first thing I did when I got my first computer home was write a program. It was a simple one, straight from the C64 User’s Guide, that made a balloon sprite move around the screen. Very soon I was adding more balloons, and then collisions and then weapons. I was in love. Addicted. 30 years later, I’m still programming and I’ve been professionally writing games for nearly half that time. I still love it. I’ve worked with most of the large game studios around Australia as well as for quite a few AAA International studios over the years, but I much prefer the passion and camaraderie of the small to medium studio in the Australian Industry.

Double Happy is a window into a perfect world where story collides with art and then stumbles over the tree root of passion into a pool of ambition and dedication. This is a chance to build a game in a universe that people will not only love, but will want to revisit, to inhabit. It is a universe where dreams come from (albeit the type of dreams you have after eating some strange, foul smelling furry cheese that you found in the very back of the fridge behind the Mystery Meat). It is a chance to build something beautiful.